Anna Horsnell, artist
"Dissolve the boundaries and colour outside the lines."     Anna Horsnell 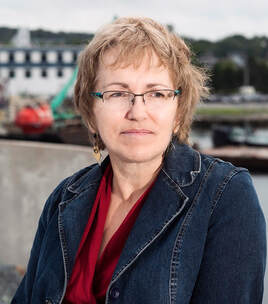 Artist's Statement: “My name is Anna Horsnell and painting has always been a natural language to express myself. Still, my abstract art very often has a mind and purpose of its own, and I simply listen and follow the inspiration. The work may begin with an idea or theme, but I also love spontaneity, to surrender to the energy passing from my mind and hand to canvas. This often means a particular series of paintings may deviate from past work in style and intent. I immerse myself in the interaction with colour, playing with lines and shapes, and reaching for the emotional heart of the experience. The work evolves naturally as I watch and listen to where the painting wants to go. That journey is curious, satisfying, challenging, endless.

​Canadian Anna Horsnell has been painting for over 40 years. First recognized as a landscape painter, today she is most known for her abstract work. She exhibits regularly and her paintings hang in public and private collections across North America, including the Art Bank of Nova Scotia. She is an Elected Member of the Society of Canadian Artists (SCA), and a current member of Visual Arts Nova Scotia (VANS), Canadian Artist Representation (CARFAC), and the Copyright Collective (CARCC). 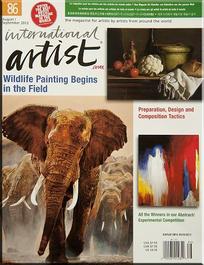